It really has been a while. But there are a ton of awesome things coming out soon and I just had to dust off So Keen For It and start my ranting again!

This article is focused on Jedi: Fallen Order, the upcoming Star Wars video game; a game which I’ve wanted desperately since I was a child. And when I say that, I mean specifically this exact game has been on my mind for a very long time; to the point where I began a story in early high school with the exact same story line! The only difference is that in mine, the young padawan escapes the Jedi Temple on the night Anakin storms the place, and stumbles across the lightsaber of Mace Windu in the lower levels of Coruscant. He then gets trained by Mace Windu’s force ghost, and the story goes from there…

Obviously mine was fan fiction and my obsession with Mace Windu featured pretty heavily, whereas Jedi: Fallen Order is a far more unique and original story. There are a few aspects of this game that I’m incredibly excited about, depending on how they go, and I’m going to rant about them now. 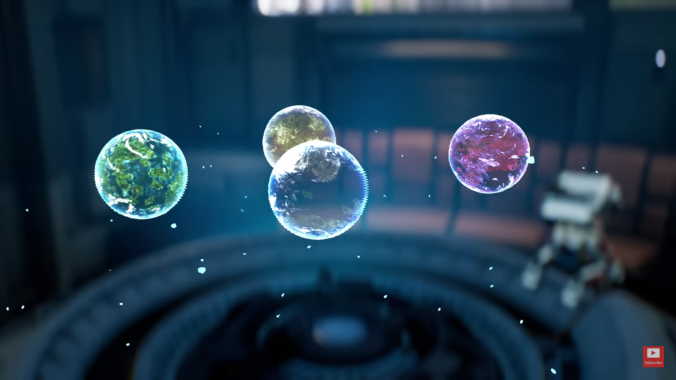 “Yes, we have a spaceship and an entire galaxy… but you can only go to these four planets.” – Used Spaceship Salesman.

I just watched the latest trailer and there’s a scene where someone says “so… where do you want to go next?” along with a hologram of four planets – one of which is Kashyyyk, yes! One thing I’ve wanted in a Star Wars game ever since I can remember is the ability to fly to different planets (at the player’s choice, instead of rigidly going to each planet as per a linear story line) and then exploring those planets freely. If Fallen Order allows players that freedom, it will be my favourite Star Wars game ever. The four planets displayed might be the only options, which is more than enough if they’re open world. If travel between the worlds is more linear and restricted, honestly I’ll be a little underwhelmed.

“Sorry, Emperor Palpatine, we’re heading into a tunnel. Did you say ‘execute all the sissy kids’?”

Living through Order 66 as a young Jedi is such an exciting concept; except I read that the story of Fallen Order is based five years after Revenge of the Sith… so I’m not sure how much of the actual Order 66 we’ll see, but I’m really hoping for a prologue level that shows Cal Kestis escaping from the Clone Troopers before the proper story begins. Even if not, playing as an outcast Jedi in the dark times of the Empire will be super awesome and really interesting.

-Learning the Force and levelling up

I’ve seen bits and pieces of the skills menu, and I’m super excited about how they’re doing it! Having the skills menu be a sort of meditative force trance is really awesome and makes for a perfect in-universe integration for the menu. It’s one of my favourite things when games can do that; the Pip-Boy in Fallout comes to mind as a great example, as well as games that use the character’s helmet as the HUD. Onto actual progression: I loved the Force Unleashed games for the fact that you could learn specific force techniques and upgrade them as you improved. Fallen Order is going to improve on that style a lot, and I absolutely cannot wait. 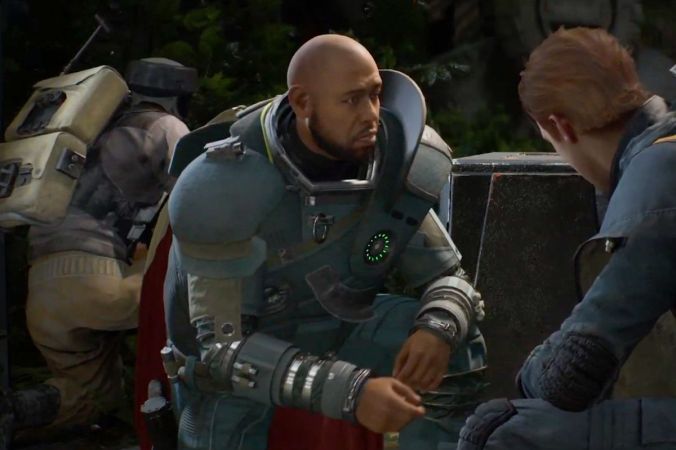 “My legal middle name is ‘Motherfucking’.”

I have one thing to say… SAW MOTHERFUCKING GERRERA!!! Ever since Rogue One I was desperate to learn more about Saw. He had almost the same effect on me as Boba Fett in the original trilogy; he clearly has an intense and complex history, and all I want is to see it all. Besides, any character who is at odds with the Rebel Alliance for being TOO anti-Empire is a guaranteed badass. I love characters who are more complex, and Saw is a great example of a grey area type character. He’s technically fighting for good, but he’s doing so by doing truly terrible things. The fact that he’s involved in Cal’s story, a young Jedi trying to rebuild the Jedi Order, shows there may be some interesting moral choices Cal is confronted with. Or at least some intense arguments.

“Damn it, hang on, the X button is jammed. My lightsaber won’t move.”

Star Wars games, especially those that deal with Jedi characters, can be quite hit-or-miss when it comes to gameplay. From what I’ve seen, Fallen Order looks amazing, and I can’t wait! General movement and combat is pretty important, but force powers are where it’s at. As long as controls are intuitive, I’m happy. But these days most games have become quite good at utilising intuitive control systems, and I don’t see it being an issue. Again, my biggest concern is for the game to be sufficiently open and free. I don’t just want another linear story where we play a Jedi. I want to BE a Jedi, exploring the galaxy (even if just a small handful of planets) myself at my own pace. The story is important, of course, but gameplay and freedom are equally as important, at least to me personally.

I have to say, other than the story line, this isn’t quite the perfect Star Wars video game I’ve been imagining my whole life… The game I’m still waiting for would be essentially Skyrim but in the Star Wars galaxy. A free and open choice of race, skills, and character design, with a main story line but more of a focus on exploring the Star Wars galaxy, with side quests and guild/faction quests (Bounty Hunter’s Guild, Jedi, Sith, Rebels, Empire, Mandalorians, some kind of smugglers guild, etc). There are SO many ways to build an incredible open world Star Wars game.