I’ve been a little busy for a while but I have something to show for it so that’s pretty cool!

I had a custom Batsuit commissioned from SMP Designs which is just the most ridiculously beautiful thing I’ve ever seen in my life. The build process was covered in depth on that website, specifically here.

I also purchased a few other bits and pieces, all from the wonderful people over at the RPF forums. You need to be a member to see what the other members are selling but you can see all of their build logs and heaps of advice and help without needing to log in. Every one of those people is absolutely amazing and crazy talented, and a few of them contributed directly to my Batsuit.

Then, with the finished suit, I took some Batselfies, because why not: 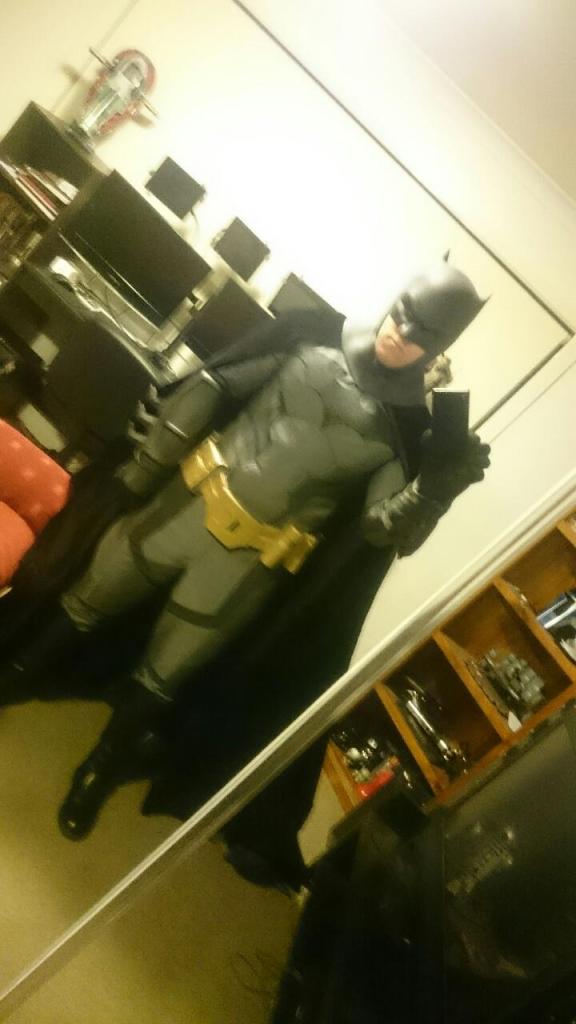 Then, my girlfriend took photos with a couple of poses I just needed to try:

And then, it was off to Supanova!

Firstly, a couple of awesome kids asked for a photo with Batman, which made my day:

Then I met one of the War Boys from Mad Max: Fury Road:

And captured Harley Quinn (a.k.a. Harley Sinn Cosplay) and Poison Ivy (a.k.a. Ivy May Cosplay):

And then finally found the Batmobile (you always forget where you park, even in that thing): 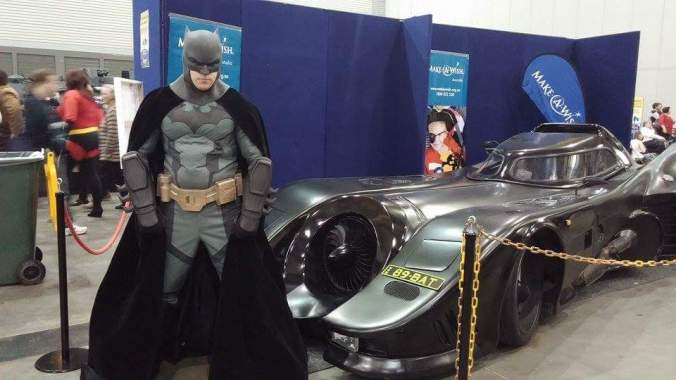 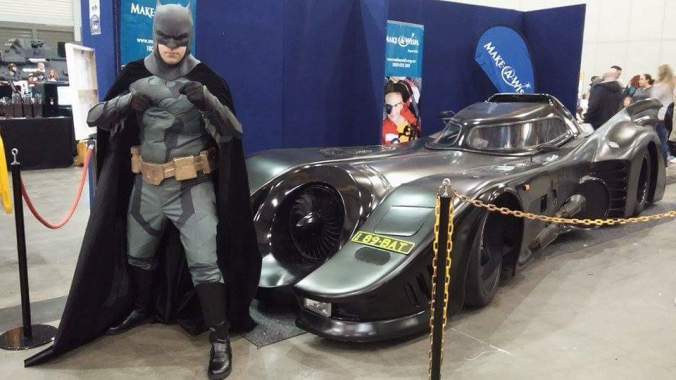 And stumbled upon a Doppelganger: 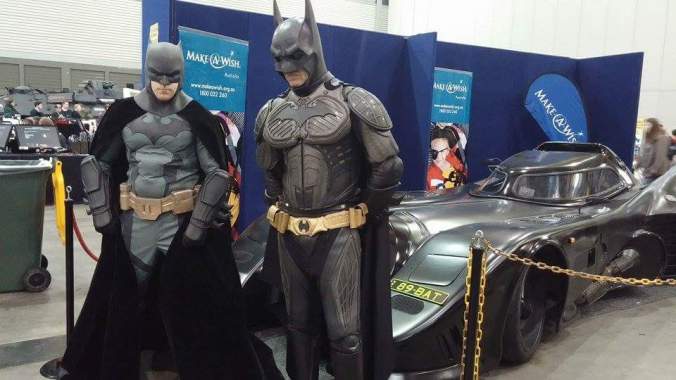 Here, from memory, is the conversion that ensued when I entered the photo booth as Batman:

Nathan seems only slightly, briefly taken aback by seeing Batman walk up to him. He recovers quickly, nods his head, extends his hand for a handshake and simply says “Batman.”

Batman nods too, almost plays it cool but fanboys too hard and says “hey man!” with a stupid grin on his face.

Batman then asks if it is ok if they strike a pose, as though they are about to fight each other. Nathan, being the ridiculously amazing person that he is, says “oh, of course, of course!”

And, thus, history was made: